Communities around the world are threatened by economic and environmental crisis of over consumption marketed by neoliberal capitalism. Climate change increasingly impacts fisherfolk, peasants, agricultural workers, landless, women and indigenous peoples. We must unite to end these threats to our lives and livelihoods by strengthening communities for full and secure realisation of social, cultural, economic, civic and political rights. Without peoples democracy there can be no end to ruthless and degrading exploitation of people and nature.

The Global Economic System accumulates profits by dispossessing others, and this requires the constant exploitation of nature’s products from land, water, and forests. In particular, the global food economy is contributing to both economic and environmental crises: as subsistence, indigenous and traditional ways of farming and fishing are replaced by corporate controlled agribusiness that requires massive use of fossil fuels and agrochemicals, deforestation, and the displacement of farmers from land and water.

Climate Change exacerbates such conflicts over resources both within and between countries, and has serious impacts on food production and yields because of increased frequency and severity of droughts, floods, and unpredictable rainfall. Indeed, climate change has already been responsible for 300,000 deaths a year, has displaced 31 million people worldwide (e.g. through floods) and is affecting 300 million people across the planet.

The South Asian region is highly sensitive to the consequences of climate change. It is known to be the most disaster prone region in the world whilst supporting a huge population. This is critical as climate predictions for the future highlight increase in frequency and intensity of extreme weather events like droughts and floods (IPCC 2001); with a huge population that is likely to be exposed and affected in the region. In South Asia alone, 2.5 billion people will be affected with water stress and scarcity by the year 2050 before changes in climatic conditions have been considered.

The effects of climate change are being particularly felt by the poor, peasants, indigenous people, children and women. Peasant Women already have to negotiate the inequalities associated with patriarchal societies such as dual labour in agriculture as well as looking after the household, through cooking, childcare etc); restrictions on mobility; lack of participation in decision-making etc. The effects of climate change then exacerbate these inequalities. Climate change is deepening the food crisis for women and their families. Women are the majority of the world’s small-scale farmers and produce most of the world’s food. For example, because of their role in farming, women depend upon local natural resources in land, water, forests. These are the very resources that get adversely impacted by climate change and consequent extreme weather events.

In response to these threats to their livelihoods, peasant farmer’s movements in Asia, Latin America and Africa – in their networks such as La Via Campesina, have occupied land, defended peasant livelihoods and created alternative, sustainable approaches to agriculture, enshrined in the concept of Food Sovereignty.

Peoples sovereignty implies peasant control over territory, biodiversity, seeds and the means of food production as well as environmental sustainability and the use of traditional farmers’ knowledge. Food sovereignty is one of the most important practices that enable peasant communities to both mitigate, and adapt to, the effects of climate change because peasant farming is more resilient to extreme climatic events than industrial agriculture.

Climate justice includes a focus on the root causes of climate change and making the systemic changes that are therefore required as a commitment to prevent the disproportionate burden of the climate crisis on the poor and marginalized, a demand for participatory democracy in changing these systems which require dismantling the fossil fuel corporate power structure, and a commitment to reparations and thus a fair distribution of the world’s wealth.

Through the Caravan, Fisherfolk and Peasant farmers from different communities across the Sindh will be able to come together to share skills, information and experiences concerning the economic and environmental crises that they face. However, there is an urgent need for both continued education concerning climate change amongst the fisherfolk and peasant populations, and the mobilization of fisherfolk and peasant communities around key issues such as access to land and food sovereignty as well as climate justice.

Time and again, the international community pledges to fulfill its obligation to realise Economic, Social, Cultural, Civil and Political Rights universally by acting both individually and collectively. Recent years have seen a particular emphasis upon the Right to Food through food security within states. Social movements around the world have reacted by seeking food sovereignty of people, attained through securing Fundamental Rights of peasants and rural workers. Appalled at the destruction caused by industrial farming to the ecology (and hence rights) of land and water, social movements call for a respectful use of ecosystems. Their recommendations are therefore for comprehensive Agrarian Restructuring which includes the adoption of Agroecology. No real and lasting change is possible without truly participatory, democratic processes that enable changes in food systems.

Land, oceans, rivers, forests and all of nature are much more than a means of production; they are the very basis of life, culture and identity, and fulfill crucial social, cultural, spiritual and environmental functions. La Via Campesina

A large number of fisherfolk in one season can become farmers in another season. Second, organised peasants can add to the strength of fisherfolk in resistance against oppression and advocacy for change. Third, land and water ecosystems are interlinked; what the (larger) number of peasants do (or don’t do) impacts seriously upon fisherfolk livelihoods.

There are additional dimensions of interdependence, including the following. The loss of rights, including that to food and social protection in general, often affects peasants simultaneously. Collective action for equity by fishers will become more powerful when joined by other poor peasants, significantly so when farmers are considered socially superior to fishers. This is particularly true when resisting locally powerful land owners. Ecological interactions are paramount – which crops are grown and how grown affects both the quantity and quality of water available to fishers.

Since PFF’s principles embrace both equity and ecology, our approach is instrumental – what should be PFF guidance to peasants? And what demands be made upon a state which has no Policy on Food Security? What should be the basis of solidarity with other organisations focused upon land and water justice?

PFF leadership views the sad state of peasants as due to structural inequity in access to natural resources, including share of labour in output. PFF sees a second, grave problem in degradation and destruction of land productivity. Another way of putting it would be that PFF struggles for sustainable social protection as universal citizenship rights, in which vulnerability of peasant livelihoods is minimised by adequate and secure access to land and water, where eco-sensible farming is equally critical to avoiding and mitigating vulnerability.

PFF therefore aims to formulate systematic plans for mobilisation and organisation of peasants. The goal requires comprehensive agrarian restructuring, made sustainable through the renewal and protection of ecosystems. The state must not be allowed mass hunger to expand, as has tragically happened during the MDG years. Hence government must be compelled to reframe macroeconomic policies, including elimination of subsidies to grow cash crops and export food crops. Food cannot be allowed to be used as bio-fuels.

Our goals demand drastic change in farming systems – as the adoption of agroecology by one and all farms. Another significant objective would be to wean peasants away from private towards communal ownership, with the local community deciding upon who would be among users of redistributed farm land; what it would be used for; and how it would be used. 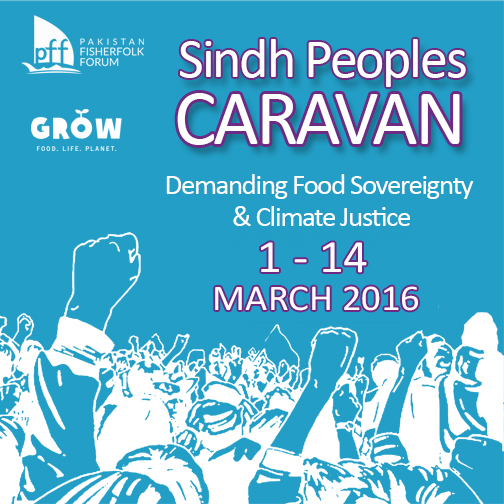 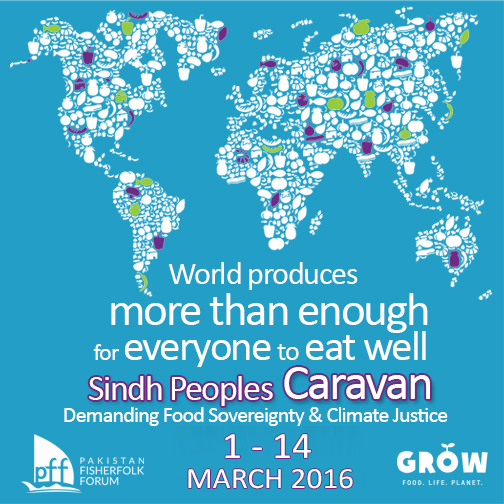 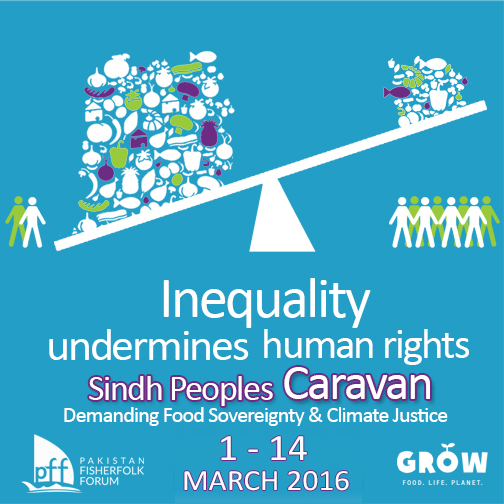 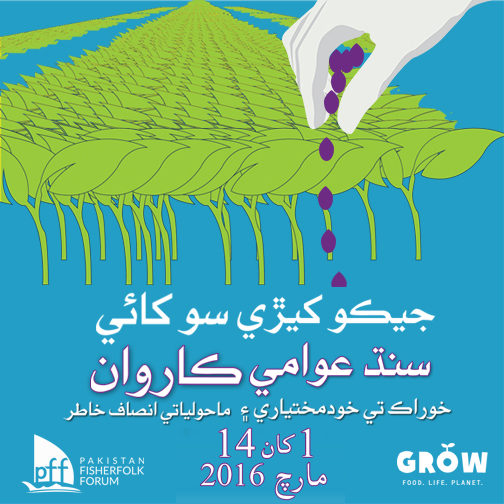 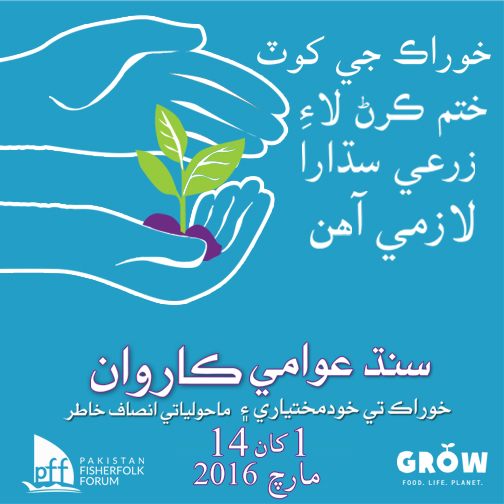 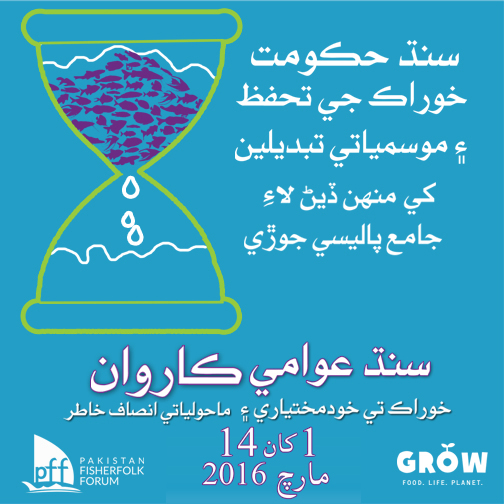 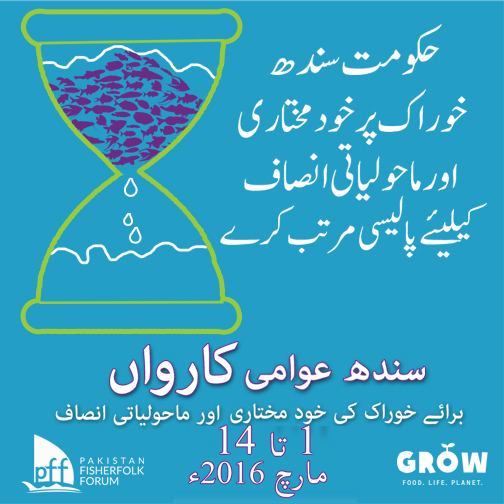 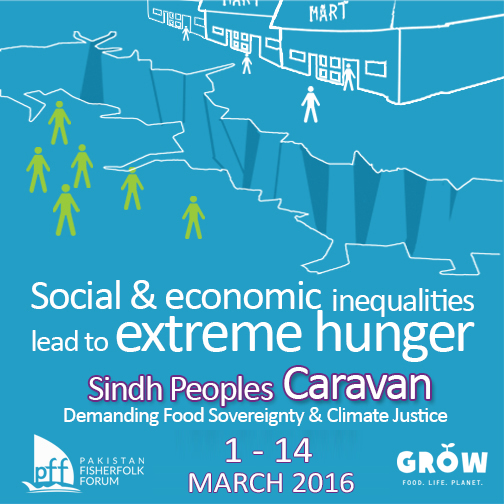